“Canadian auto parts molder Windsor Mold Group is marking its fifteenth year as an Engel customer and, as an early adopter of Engel’s iQ weight control software, now plans to upgrade all of the compatible Engel machines in its fleet with the software.

A Tier 1 supplier to the majority of the top OEMs in the automotive industry, the Windsor, Ont.-based molder’s connection to Engel dates back to 2006, when it purchased its first two Engel injection molding machines, and since then Engel has been its exclusive supplier of large tonnage multi-shot machines. Windsor Mold currently has 45 Engel injection molding machines ranging from 310 to 3,000 US tons at its Windsor’s multiple locations in Canada, the U.S., and Mexico. The main focus of the Engel multi-shot machines is production of automotive leafscreens and pillar appliques.

Recently, Windsor Mold tested Engel’s iQ weight control software on their Engel machines. IQ melt control determines the optimum plasticizing time for each application. Instead of plasticizing at the maximum possible speed, the system takes advantage of the part’s in-mold cooling time to allow for plasticizing. The machine operator only has to enter the screw type and the material to be processed. The software was shown for the first time at K 2019, and became available worldwide in January.

“We conducted a trial at our test site in Ohio and were so pleased with the results that we installed the software on ten of our Engels,” said Mike Nicholls, Windsor Mold’s planning and development manager. “So far, we’ve seen 10 per cent in scrap reduction [and] our plans are to convert about 90 per cent of our Engel machines to the iQ weight control program over the next three to five years.”

In the meantime, Windsor Mold has ordered two new Engel combi M multi-shot injection molding machines – a 1,900 US ton and 1,000 US ton – both with the iQ weight control package. Installation of the machines is expected in early 2022.

“Engel’s iQ weight control will definitely be a key part of our future relationship,” Nicholls said. 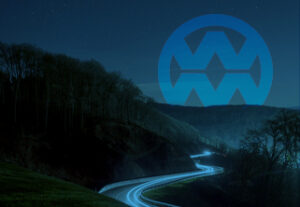 Based on the success of Mexiplas – Querétaro, WMG’s first molded products facility launched in 2011 in Mexico, WMG Technologies is excited to announce a

After a successful career spanning 44+ years with Windsor Mold Group, Keith Henry, CEO of WMG, has decided to retire at the end of 2021.

Our year end celebrations serve as an opportunity to show our appreciation to our team and their contributions and efforts over the year and share a meal together.